As tension mounts at the shebeen, things come to a boiling point and Georgie is forced to take violent action to protect his empire and himself.

An unauthorized execution attempt on a rival taxi boss goes horribly wrong. Frank goes to the one person who can offer him comfort. Prada is very excited about the planned visit to the Pink Diva.

Sparks fly as Eddie finally gets the warring parties to sit down and talk. Frank is feeling strong in his fight against alcohol until Rajesh throws him a curve ball. S’khu has a wardrobe crisis as he faces the prospect of going to a gay club.

The pressure mounts on the Godfather of Horizon Deep. Frank makes a decision that could change the rest of his life. S’khu struggles as the press continues to harass him.

There is a deep unease in the air after the death of an innocent man. Priya’s continuing concern for the Xavier family gets her husband’s back up. S’Khumbuzo gets an interesting call about future earnings.

Georgie and Slu begin celebrating Palesa’s demise a little too soon. Joanne digs her flirtatious claws a little deeper into Rajesh. Prada’s not sure his family will share his enthusiasm about his MC gig for gay activism.

Palesa plots cruel payback for Georgie Zamdela. Priya and Rajesh reach out to one another but is it too late? Prada reveals some family dynamics that upset him.

Palesa takes the first step in her plans to take down Georgie. Priya and Rajesh make peace, but they have a lot of work to do on their marriage. Prada faces his family’s homophobia.

Competing rewards are offered as the taxi violence escalates dramatically. Ayanda confronts Palesa as to her true intentions. Prada gets a disturbing call from home.

Georgie and Slu’s gangster ethics are about to come back to haunt them. Palesa twists everyone around her little finger. Prada’s family past floods back into his life, cracking him in two.

Palesa sinks her claws deeper into the Deep, trying to squeeze Georgie at every turn. S’khu feels guilty about his harsh treatment of Ayanda. Prada feels very isolated from his family, especially his ailing grandfather.

Palesa and Benjamin haggle over the sale of the casino shares. Ayanda is trying hard to cope with Palesa getting close to S’khu, but things go from bad to worse. Prada is hit by family tragedy.

Georgie gives Eddie an unwelcome ultimatum. Ayanda acts on her ultimatum to S’khu about his new roomie. Prada shares the details about his rift with brother.

George Zamdela is about to commit a crime, when he gets interesting news about his family. S’Khumbuzo makes a serious misjudgement concerning relationships. Prada gets worrying news from Durban.

A revelation by Palesa has Georgie Zamdela on the back foot. Prada has to deal with his difficult family arriving to discuss his grandfather’s will. S’khu wants to save his relationship, but Ayanda has made a tough decision.

The Horizon Deep taxi war volcano continues to rumble menacingly. Prada’s good news about his grandfather’s will is tempered with a dramatic twist. Ayanda’s brave front concerning her break up with S’khu threatens to crumble.

Georgie has a heart-to-heart with Palesa. Prada and his brother battle it out over the will. Katlego sets the cat among the pigeons by sharing concerns with Slu.

The taxi war continues to escalate while the hunt for Palesa hots up. Sunita responds with denial and blackmail when Prada confronts her with the fact that he is gay. S’khumbuzo’s ego struggles to cope with rejection by Ayanda.

Palesa Motaung looks set to become the latest victim of the taxi war carnage. Prada feels the weight of a terrible new family obligation. Lerato’s sense of self-importance gets the better of her.

Slu takes action on Palesa’s offer to him. Prada’s family ups the pressure on him. S’khu makes peace with the status of his relationship with Ayanda. 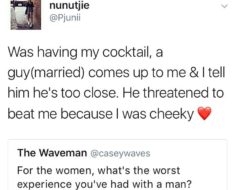