In the final season of the award-winning comedy series, Emmy winner Julia Louis-Dreyfus is back as Selina Meyer, the former Veep and onetime President, who’s looking to get back to the Oval Office as she runs for President, again.

Veep is up for nine Emmys this month, including Best Comedy. 23 of Gold Derby’s 25 Emmy experts predict Julia will win Best Actress In a Comedy; she won six years in a row, from 2012-2017, and didn’t enter in 2018, when the show was on a hiatus while she overcame breast cancer.

Set in a fictional dreamy Latin American country, Los Espookys follows a group of friends who turn their love for horror into a peculiar business: providing on-demand horror to those who need it. This unique horror-comedy stars rising comics Julio Torres and Ana Fabrega alongside Saturday Night Live legends Fred Armisen and Lorne Michaels.

Ulysses (Avan Jogia from Shaft) grows increasingly troubled as his dreams make him wonder if some kind of dark and monstrous conspiracy is going on, or if he is just smoking too much weed. Festival favourite Gregg Araki (Mysterious Skin), who’s won at Cannes, Locarno and Rotterdam, directs all 10 episodes of this surreal coming-of-age comedy, which he co-wrote with Vogue sex columnist Karley Sciortino. Oscar winner Steven Soderbergh (Traffic, The Girlfriend Experience) executive produces.

15 months after bringing his mother’s killer to justice, Bosch (Titus Welliver from Deadwood and The Good Wife) finds himself seeking the truth on two fronts. New evidence in an old case leaves everyone wondering whether Bosch planted evidence to convict the wrong guy. And a murder at a Hollywood pharmacy exposes a sophisticated opioid pill mill, sending Bosch down a dark and perilous path in pursuit of the killers.

Based on Michael Connelly’s bestselling crime novels, Bosch was recently renewed for a sixth season by Amazon.

New York socialite Amanda Klein (Georgie Flood from Wentworth) always wanted a fairy-tale wedding. But when she catches her fiancé cheating on their wedding day, she has a complete and total meltdown. With humour and audacity, Amanda stumbles into a Renaissance festival and impulsively does the unthinkable: she stays.

Younger follows Liza Miller (Sutton Foster in a Critics Choice-nominated performance), a talented editor navigating the highly competitive world of publishing — while juggling the complications of mixing business with pleasure and facing the lie she created about her age to land her dream job. In Season 6, Kelsey (Hilary Duff in a People’s Choice-nominated role) is leaning into her new role as publisher at the freshly minted Millennial Print, while Liza and Charles (Peter Hermann from Law & Order: Special Victims Unit) get used to their new normal now that he’s no longer running the business.

Warrior is a gritty, action-packed crime drama set during the brutal Tong Wars of San Francisco’s Chinatown in the second half of the 19th century. The series follows Ah Sahm (Andrew Koji), a martial arts prodigy who emigrates from China to San Francisco under mysterious circumstances and becomes a hatchet man for one of Chinatown’s most powerful organised crime families. Filmed in Cape Town, the show is based on the writings of martial arts legend Bruce Lee and is created by Jonathan Tropper (Banshee), with Fast and Furious director Justin Lin as an executive producer.

Cinemax has renewed Warrior for a second season, also shot in Cape Town.

Showtime has renewed Kidding for a second season.

“So moving. And, even better, so funny.” The Wall Street Journal

Nominated for four Black Reel Awards in three years, including Best Comedy and Best Actor In A Comedy (Dwayne Johnson) 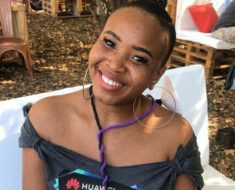 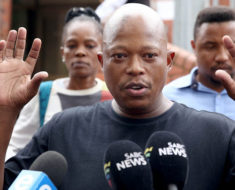 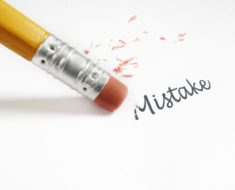 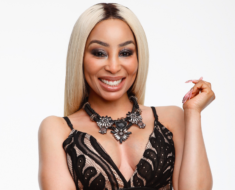 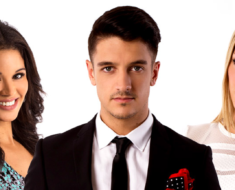 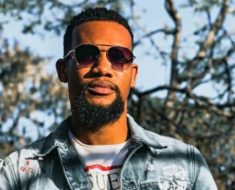 Pedi People Deny #Uyajola99 Cheater For Wanting More Than One Wife. Yesterday it was a new season and new chaos...